For this week’s Road Trip Wednesday,  YA Highway asks about names. Not character names, writers’ names. Pseudonyms, in other words.

First I should point out that my sister browsed my blog the other day and complained that on the Why Angelhorn page I didn’t give some background as to my own name, Gabrielle. You can see from her comment that she was looking for some recognition of our late father, after whom I am named. His name was Gabriel, the masculine version of Gabrielle.

My sisters and I all have the same last name as our father (and mother), none of us changed our name in marriage. This wasn’t any kind of feminist statement on my part at least, more apathy. By the time I got married I had three passports, a driver’s license and about eight credit cards. I just couldn’t be bothered.

So it was that I found myself at the beginning of a screenwriting career with a name that was very close to my father’s name, who was, before he died, a moderately successful (if mostly unknown) stage and screen actor. To avoid confusion, this is when I began to toy with the idea of having a pen-name. 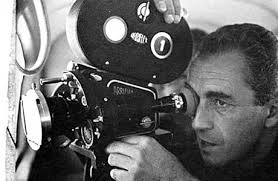 My mother’s surname, before she married dad, was rather dull, but HER mother’s maiden name was BERGMAN. What better name for a screenwriter, thought I. And thus, for a mercifully brief time, I went with my second name, Sara, and became G. Sara Bergman. In short, I became Swedish and/or converted to Judaism.  And contrary to popular belief this didn’t turn me into an instant Hollywood sensation (one has to be a MAN for that to happen). Frankly, the name never really stuck. By the time Hildegarde was in production I had reverted to using my given name, adding the middle initial S to create a little distinction. 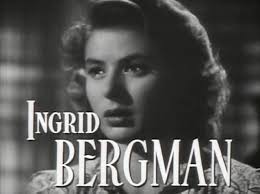 My dad died before the movie was released (although I did read the novel to him). It was an exciting time for me though, the only low point being the day I finally got a copy of Hildegarde on DVD. I flipped it over to see my name under “Screenplay by” and there it was : Gabriel. I literally cried.  I could not believe it. Where the wires got crossed and who is responsible, I may never know. The DVD has been re-issued a couple of times and I don’t know whether the mistake has been corrected. To be honest I no longer care.

Now that I’m writing fiction, I find myself toying with the idea of having multiple personas. I genre hop, and think maybe one persona could be the contemporary YA verse novelist, and one the sci-fi fantasy girl, one the picture book lady, and maybe, one day, the screenwriter again. I’m tempted to go with my initials, like JK Rowling, just to avoid the whole misspelling risk though.

But the last name, Prendergast, awkward as it is, I think I’ll keep. It has a really cool history, and my family’s Norman founder, Maurice de Prendergast was a heck of a guy.

Or maybe I’ll just go with my stripper name: Tequila Juliett. What do you think?

8 thoughts on “Road Trip Wednesday – Gabrielle by Any Other Name”