I’ve blogged about Christmas before and again on my crafting blog, posts that focus on the giving aspect of the season. But this is a writing and reading blog so to let you all in on what I think of Christmas I’m going to talk about stories I wish were true.

The other night I was singing Christmas carols at my friend’s house.  She’s an opera singer and she had hired a professional pianist to play her baby grand, so it was quite a scene. We sang a mixture of secular and religious hymns, and while White Christmas and Have Yourself a Merry Little Christmas often bring a tear to my eye, remembering Christmases spent in snowy Saskatchewan, when my family was all together,  the religious hymns do something else to me. I’m embarrassed by it every year; I’m an ATHEIST for dog’s sake why am I tearing up at O Come All Ye Faithful? 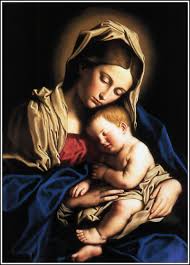 There’s a lot to disagree with in Christianity (all religions in fact) but the Christmas premise that you can be saved, that the world can be saved,  by a child, by a baby is hard to argue with. Anyone who has ever looked into the eyes of their own newborn child can attest to what I’m talking about. My own sweet child saves me everyday, from selfishness, from feeling like a loser, from loneliness, from that awful sense of pointlessness that sometimes threatens to overtake me. So believe it or not, this is the first story I wish was true.

1. I wish Jesus really did save the world.

I know Christian believers might take offense at this, and I don’t wish to argue with your faith. I get that the “saving” Jesus was supposed to have done was of our souls, but since I don’t believe in souls, this means little to me. And I don’t think you can argue that despite two thousand years of trying, the actual saving of the human race is far from complete. More than half the world lives in crushing poverty. Woman and children are regularly sold into slavery. Teenagers kill themselves, or erase themselves with drugs. Or both. Israelis hate Palestinians and vice versa, hate each other so much they kill each other’s children. North Koreans are trapped in a country-sized prison run by a family of severe psychopaths. Africa is hungry STILL. People sleep under cardboard boxes covered with snow while BMWs pull up, disgorging fur draped women reeking of Chanel #5. Sometimes when I think of the central tenet of the Christian faith, I start to feel like that kid at the end of of Shane. “Jeeeeesssuuuusss! Come back! Come back Jeeesuuus!” Because you didn’t finish the job. And we need you now, more than ever. And I wish you were real.

2. I wish there was such as thing as Expecto Patronum

I don’t want everything from the Harry Potter world  to be real (although I once dreamed that Voldemort was about to kill me and I actually woke up happy). There are spells that I would never touch, and not just the unforgivable ones. But there is something comforting about the idea that a beautiful memory can protect you from the most fearful creatures. I like to think that my Patronus would be a grey-black cat, like our old cat Jobi. What would your Patronus be?

3. I wish there was another world in the back of the wardrobe.

I’ve blogged about my desire to visit another world before. Sometimes I feel so bogged down by the laws of physics in our world, I want to escape them. It seems so unfair that we can’t travel past the speed of light and that the closest other planets are light years away. It’s not fair that animals can’t talk (although if they could it would make breakfast at my house slightly awkward).

4. I wish we could throw an item of jewelry, a ring perhaps, into a volcano and all evil would leave the world.

Sigh. If only it was that simple. Saddam Hussain is dead. Osama Bin Laden is dead. Kim Whateverhisnamewas is dead. And yet evil persists. And not just in dictators either.

5. I wish, I wish, oh how I wish we weren’t the only intelligent life in the Universe.

Because we probably are. And that is unspeakably sad. Because we kind of suck. Once I was driving across the Sydney Harbour Bridge at dusk and I saw a golden disk in the sky. The traffic was slow so I was able to study it as I inched south. My mind quickly ruled out an airplane or helicopter. Then I ruled out an optical illusion. I really saw it. A large golden disk hovering over Sydney. It only took a second to get from confusion to the truth, but that was one of the happiest seconds of my life. I had a brief shining moment of thinking there was a ship full of aliens in the sky and I was ecstatic. A second later as the light changed and my angle changed, I saw the disk for what it really was: a blimp hovering over the football stadium bathed in the golden light of a setting sun. I nearly cried from disappointment. I actually don’t care whether alien invaders are hostile or indifferent or helpful or meddling. I just wish they were true.

This is a slightly maudlin Christmas post, I know. Christmas sometimes makes me feel like that. It’s the time where I remember most acutely how imperfect our world is. Maybe it’s a chance to start again, a rebirth, a return to the light or whatever. But I’ve seen 44 Christmases and not much improvement in the world, apart from the light my little child brought into my life seven and half years ago. Who knows, maybe she’ll be the one to save the world after all.

What stories do you wish were real?

One thought on “Merry Christmas: The Stories I Wish Were Real”