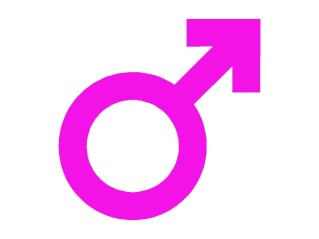 Recently I had a brief Twitter discussion about “Books for Boys” lists. A librarian I follow complained about people displaying “Books for Boys” lists without also displaying “Books for Girls” lists. I was hesitant to even wade into that discussion. One part of me can see that there are many and various ways to approach this task and almost as many to get it horribly wrong. For one thing, it would be easy to say “ALL books are for boys or girls” and be done with it.

I mean, why do we even NEED such lists?

DO we even need “Books for Boys” list? By god, yes we do. And, in fact I don’t think we need books for girls lists nearly as much. While literary awards and prestigious reviews are still skewed towards male authors, when it comes to middle grade and young adult readership, we got this, ladies. The world needs “Books for Girls” lists about as much as we need “sports for boys” lists. I’m not against booklists for girls; I only wonder what is the premise behind such lists? Are these books girls in particular will enjoy? Books girls should read? The same goes for boys’ booklists. What are we saying about boys and girls with these lists?

One thing in particular that I have noticed about lists like this is that the boys lists are almost exclusively boy point of view and male authored (with The Hunger Games being a frequent exception) and the girls list are almost exclusively girl point of view and female authored.  Boy lists are heavy on genre while girl lists tend to have more contemporary offerings.

I’d like to mix it up a bit, by providing a few alternative lists. I’m going to start with a list of girl point of view books for boys.

THE HUNGER GAMES by Suzanne Collins is an obvious one. I’ve never met a boy who has read this and not loved it. The interesting thing about this book is that the protagonist, Katniss manages to be both ultra kick-ass and almost uncomfortably girly. There’s quite a lot of talk of dresses and best friends thrown in with the hunting and death. That said, this book hardly warrants inclusion because it’s already so widely read.

HATE LIST by Jennifer Brown, both female authored and girl point of view has many of the elements that are believed to NOT appeal to boys as much (romance, school politics, contemporary setting etc.) but the premise underlying HATE LIST is one that I think boys will strongly relate to.

BRUISED by Sarah Skilton, also female authored and girl point of view, but again, framed by a violent premise and containing themes of physical strength, fear, athleticism and aggression that boys may be drawn to.

LIAR by Justine Larbalestier is a tricky book, no matter how you look at it. A YA book with a girl on the cover is always a hard sell for boy readers for starters. That said, this is just so creepy, mysterious and in the end, darn right weird that I think it’s the kind of thing that boy readers might really dig.

UGLIES by Scott Westerfeld is another book/series that I feel is hurt by the rather feminine cover. Given that this is a book about a plain daredevil girl who goes on the run, riding a hover board and exploring rusty ruins, it really has all the ingredients for a book boys would love. If only the US publisher used the Russian covers! Check them out! But seriously, these UK covers are hot too.

Westerfeld’s MIDNIGHTERS series is another girl point of view series that boys might enjoy. The heroine, Jessica, gets chased by some kind of saber tooth tiger in the first book. What more could you ask for? But again, this is a series that could benefit from a less feminine cover.

BENEATH A METH MOON by Jacqueline Woodson. Most of the boys I have spoken to about reading seem to enjoy books wherein the life of the main character is extraordinarily hard. Privation seems to be a favorite theme. METH MOON definitely qualifies, as do a number of other addiction related books. METH MOON also has the advantage of a gender neutral cover.

GOTH GIRL RISING by Barry Lyga. Yes, this is a sequel and yes it has both a girl on the cover and “girl” in the title, both turn offs for boy readers, but perhaps drawing boys into this series with the first book, the boy point of view  THE ASTONISHING ADVENTURES OF FANBOY AND GOTH GIRL  might work. Regardless of how it’s achieved, this is a very unromantic look at a very hard to love character. But I think boys would love it.

EVERLOST by Neal Shusterman. No list for boy readers would be complete without a book or two by Neal Shusterman.  This one, like all Shusterman’s books, scary and suspenseful, is a dark portrait of the afterlife through the eyes of a car accident victim and her dead friends. What’s not to love?

HOW TO SAY GOODBYE IN ROBOT by Natalie Standiford. This one is a heartbreaker. It’s a great book and very boy friendly with its platonic couple, radio shows, robot related title, loners, weirdos – it has all the ingredients. The only problem is boy readers would not be caught dead reading such a pink book. Every edition of this book has the same nauseating Pepto Bismol shade of awful. In every other way this is my favorite type of cover.  I only wish the publishers would rethink the color scheme. Here’s a little inspiration for them:

TOMORROW, WHEN THE WAR BEGAN by John Marsden. This is a great and unputdownable series that is less widely known that it should be. Concerning a group of teens on the run from an unnamed invading army in Australia, not only does its female protagonist, Ellie, give new meaning to kick-ass, but also contains the survival/privation aspects that seem to appeal to boys in particular.

In general, younger boys are less likely to be turned off by girl point of view books. For this age group there are distinctly “girlish” books, almost all with girl protagonists, and relatively neutral ones, which can have either boy or girl protagonists. Here are a few girl protagonist books that might be particularly attractive to middle grade boys:

THE TRUE MEANING OF SMEKDAY by Adam Rex. This is funny and weird, and poignant. It’s a road trip book, a survival book, and alien book, a buddy book, and it has pictures! Overall a great book for boys with a junior kick-ass heroine to boot.

THE CITY OF EMBER by Jeanne DuPrau. Here’s another take on the privation that boys seem to enjoy so much, set in a perpetually dark and isolated city, which is running out of supplies and falling apart. Add a spunky young heroine and you have another winner for boy readers.

WHEN YOU REACH ME by Rebecca Stead. Boys will be drawn to the freaky quantum mystery of this book, as well as the universal themes of friendship and sacrifice.

A WRINKLE IN TIME, by Madeleine L’Engle. This is an oldie but a goody. Here’s a book that had its first decent cover fifty years after its first publication. That has got to be a record. But it’s a great adventure through space and time that boys will love.

Then there are “girl” books that boys SHOULD read. These are books that do an excellent job of revealing things little understood by boys about girls and womanhood, mostly having to do with sex. I know there are other books like this out there and I’d love to hear some more suggestions.

SPEAK, by Laurie Halse Anderson is an obvious one, for obvious and timely reasons. I haven’t included many dual point of view books on the list so far, but I would like to make an exception for another book on the topic of date rape, YOU AGAINST ME  by Jenny Downham. This is one of the few rape themed books that includes significant amounts of time spent on the perpetrator, although the male narrator is the victim’s brother.

I’ve struggled with the recent dystopian trend in that I haven’t found many books that posited the kind of sexual repression and control that would be likely (and that in fact exists in recent or current real life dystopias such as Afghanistan under the Taliban or North Korea). For this reason I would recommend to older boy readers THE HANDMAID’S TALE by Margaret Atwood as a book that gets into the mind of a young women whose sexual agency has been taken over by the state.

Still on the theme of sexual control I would recommend two verse novels: MY BOOK OF LIFE BY ANGEL by Martine Leavitt, and SOLD by Patricia McCormick.

Finally, another verse novel, though one with many points of view, OCTOBER MOURNING: A SONG FOR MATTHEW SHEPARD by Lesléa Newman. There are so many reasons I would love teen boys to read this book but perhaps the most important are the poems included that are from the point of view of the perpetrators of this hideous crime. Perpetrator point of view is one that is rarely included in books for young readers. Since the majority of juvenile crime is committed by boys and young men…well, you do the math.

This is a good start. I’d love to hear any suggestions. Next week I’ll compile a list of “boy” books for girl readers, focusing on boy point of view, male authored and “boyish” themed books. I’d love any suggestions for that list too.

5 thoughts on ““Girl Books” for Boys”