This Tumblr post resonated with me particularly strongly with me today, given the week I’ve had. The general gist of it was Malinda Lo responding to comments expressing a wish that “*bestselling author*” would include POC/LGBT characters in their books, by suggesting to the commenters that they read other authors who do. On the face of it she could mean any NON bestselling authors (which would be great for me, since I’m a non-bestselling author who includes POC and LGBT characters in my books) but actually I think she means POC and/or LGBT authors like herself.

Some pundit commented back to Malinda’s Advice in a, I think rather hostile way. Then Holly Black pointedly and entertainingly got Malinda’s back. The most striking phrase of Holly’s reply was:

Holly is right. Holly and Malinda both speak the truth.

But the more I think about it, the more I think the original commenter also has a good point. If we passively accept bestselling “mainstream” (I’m going to use this term to mean white, cisgendered etc) authors continuing to produce monochrome/mono-gendered etc. books, we are failing in a catastrophic way to address the sources of the problem that began this discussion in the first place – the ubiquity of what I like to call Super-Cardboard-Character.

And what does that failure mean? This week I found out.

I taught at a five day long camp for teen writers at the Vancouver Public Library. As an invited author I can conduct a workshop on a topic of my choosing. Last year I had a blast with the kids talking about poetry, verse and verse novels. This year I wanted to try something different. Perhaps foolishly, for a mainstream white writer, I wanted to talk about diversity. I wanted these kids to leave the workshop with their minds wide open. Over the course of the week I saw 48 kids. 48 – remember that number.

Before I go on I should say something about the racial/cultural diversity amongst teens in Vancouver, Canada. I don’t have exact figures but according to the public school board about 60% of Vancouver students speak a language other than English at home. While some of these would be white Europeans it’s worth pointing out that in Canada Francophone kids have their own school board and schools if they choose. Most of these kids who speak languages other than English at home would be non-white. This does not count those who speak English at home but still identify as non-white (Aboriginal Canadians for example, make up about 4% of public school kids in Vancouver. Mostly they speak English at home).

Long story short – about half of the kids in my workshop were visibly NOT white.

I began the workshop by getting the kids to fill out a questionnaire about what they were writing. The first question was “what is the race/culture/ethnicity of your protagonist?”

On Tuesday eleven out of twelve answered “white”

On Wednesday ten out of twelve answered “white”

On Thursday I had a group, about half of which had been in my workshop last year. Seven of them answered “white”

In all just eight kids out of forty eight were writing about someone who was not white. About 16%. Looking at my classes I could see that between 40-60% of them were not white.

The rest of my questions, which concerned gender identity, body type, disabilities or visible differences, beauty and economic class didn’t fare much better. These kids represented all cultures and races, language groups, economic classes and body types. A few of them were certainly LGBT (they admitted as much in class, a not unusual thing in Vancouver these days) and likely at least a few had disabilities. They were all gorgeous vibrant young people, but some in less Hollywood ways than others.

Almost all of them were writing about “Super Cardboard Character” who was white, straight, able bodied, conventionally attractive with a fit, average height physique and an economically privileged existence.

Most of them were not developed enough as writers to have been making these choices for the tired “books about POC characters don’t sell” excuse. Most of them had not even thought about it.

Most of them had neglected to assign a race or other diverse criteria to their character, thinking instead about plot, world building etc. In other words they had, for the time being, slotted in a “neutral” character. The only thing is that “white” is not a neutral cultural designation. “Straight” is not a neutral gender orientation. I don’t need to go on. You get the picture.

Here’s the saddest part. When my students had this revealed to them, I could tell they were horrified. Even a little ashamed. I spent the rest of the workshop explaining to them why it’s not their fault. Superheroes, Disney Princesses, Shakespeare, Fairy Tales and MANY classic children’s books that we all grew up with have inculcated them with the idea that “stories are for white people”.

Let me demonstrate. Here is The Very Hungry Caterpillar. Tell me, what is the ethnicity/culture of this caterpillar?

“Come on,” some of you are saying. “It’s a caterpillar. It doesn’t have a ethnicity.”

Oh really? Look at what it eats: 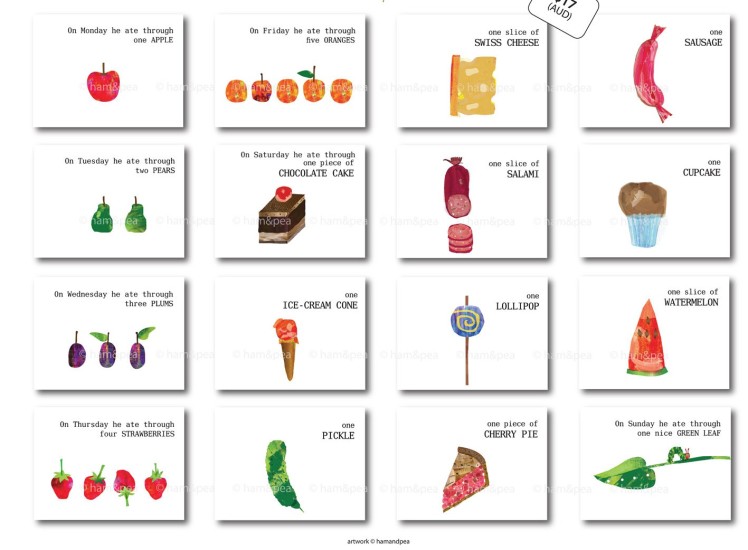 No lychee or plantain, no wontons or tempura, no tacos, no naan, no sushi, no pork rolls, no okra, jalapenos, bok choy or yams. Not even a mango.

Now tell me again the culture of the Very Hungry Caterpillar.

The idea that stories are for white people is so pervasive and DEEPLY ingrained in young readers that when it comes time to write their own stories the characters that naturally come out neither reflect the community in which that kid lives nor, in many cases their own diverse designations.

It is absolutely critical that we address this problem head on. And yes that includes saying “Yo, John Green. White much?”

Like the saying goes: if you’re not part of the solution, you’re part of the problem. I think it’s fair to want and expect “mainstream” bestselling writers to write diverse characters at least occasionally. I don’t think the writing of these characters in any way prevents writers of color from being successful at telling their own stories. Bestselling authors take shelf space away from ALL non-bestselling authors whether they are diverse authors or not, whether the stories are diverse or not.

My first thought is for my diverse readers and students. It breaks my heart to see them feel so excluded from the adventures that they love to read.  And I want the books that reflect their identities to be bestsellers because only finding themselves in the nichy corners of the book world is almost worse in a way. The success of my diverse colleagues is not entirely unconnected, especially if they actually write diversely. When a diverse book by a diverse author becomes a bestseller it is a double win. I’m all for it.

But also, would it be so bad if the Harry Potter series looked like this?

4 thoughts on “What Color is Your Caterpillar?”