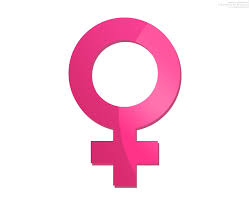 What is a “boy book” anyway? The accepted wisdom is that at the very least boys prefer to read male protagonists. Well, last week I recommended a wide range of girl protagonists books that I think boys would love.

By contrast, girl readers are believed to be open to either boy or girl protagonists. But frankly I think it goes much deeper than this. Many books with male protagonists are still distinctly girl oriented – if they are romantic for example. The boy protagonist/narrators in these tend to be perfection personified “book boyfriends”. As much as I like these books for myself, they can hardly be described as “boy books”.

So below I’m going to suggest some boy protagonist books that, while being great recommendations for boy readers, also offer girl readers a more realistic insight into the complexities of boyish life. While some authors here are women, there are a few male authors too.

HOLD ME CLOSER NECROMANCER by Lish McBride is just darn good genre fiction. It’s dark, it’s funny, it’s gruesome, it’s clever. This is a mixed narrator book, but very much about the fledgling necromancer Sam, and his feckless but entertaining friends. With its two tough female supporting leads, its dark humor and slightly clueless boys this is an antidote to all the soft and squishy urban paranormal out there.

A.S. King’s EVERYBODY SEES THE ANTS is a complex story about a delightfully messed up boy and his weird way of dealing with things. So beautifully written without being flowery or soft focused, this is a genuine boy story that boys and girls will relate to.

So many YA boys are either perfect (often in a stalkery way) or just total jerks or wastes of space. Sutter in THE SPECTACULAR NOW by Tim Tharp is sort of all three. He’s lovely and a jerk, definitely a wastrel but ultimately gives more than he gets. I classify this as a boy book because Sutter is so darn COOL but I think girls will fall in love with him too.

For an insightful look into the mind of exceptional boys MARCELO IN THE REAL WORLD by Francisco X Stork and THE CURIOUS INCIDENT OF THE DOG IN THE NIGHTTIME by Mark Haddon are highly recommended. Boys think differently from girls and autism in some ways is just a more extreme expression of this analytical thinking. These protagonists really get inside the autistic mind.

Janet Tashjian’s series THE GOSPEL ACCORDING TO LARRY also concerns an exceptional boy, though one without the social limitations of Autistic Spectrum Disorder. The hero of this, Josh, is a socially aware, technology savvy super-kid. And it all comes back to bite him in the ass. Such fun to watch him try to figure a way out of this and the two sequels. These are intelligent and funny books and completely unfluffy.

Matthew Quick is fast becoming one of my favorite male authors. To date he hasn’t fallen into the teenage boy fantasy fulfillment that seems to plague so many young male authors (I’m looking at YOU, early John Irving). There are no mysterious, supernaturally beautiful yet tragic women/girls in his books, just regular messed up people. So his book BOY21 is a natural recommendation for this list. It’s quirky. It’s sad. It’s scary and funny. It also has a tough yet vulnerable and very real female love interest that girl readers will love.

Barry Lyga made the Girl Books for Boys list with GOTH GIRL RISING but that won’t stop him from making this list with BOY TOY. This is a powerfully affecting novel about the aftermath of sexual abuse on a teenage boy. The perpetrator is an attractive young woman. All kinds of things are pulled apart and put back together in this remarkable book. It’s VERY graphic though and best for older teens.

Finally, Neal Shusterman makes pretty much every list I’ve ever made and this one is no exception. So much of the recent dystopian trend relies on “kick-ass” heroines who spend inordinate amounts of time choosing dresses and mooning over one or two boys that Shusterman’s UNWIND is a welcome change. Connor, the protagonist has little time for fashion or romantic entanglements; he’s running for his life in one of the craziest dystopias I’ve ever read. The premise of this is literally killer. A must read.

Harry Potter and Percy Jackson have proven to us that younger girls have no problem reading about boys and those two series should keep girl readers busy for a while. When they run out here are a few boyish books to keep them going.

John Flanagan’s series RANGER’S APPRENTICE is kind of a cross between Tamora Pierce for boys and Games of Thrones for young readers. Set in a familiar but fantastical world the books concern Halt, a grizzled ranger (kind of like a medieval Navy Seal) and his young apprentice, Will. There’s a lot of sword but very little sorcery in this series. The drama relies on political and personal conflict. Will matures as the series progress, but each book is self-contained and conclusive. Twelve books on, Flanagan has just begun a companion series set in the same world, THE BROTHERBAND CHRONICLES.

A similar but shorter series of three books, SEA OF TROLLS by Nancy Farmer concerns Jack, who is taken prisoner by Vikings before he can complete his training as a bard (a kind of magician). Unlike Ranger’s Apprentice, this series is rich with magic and magical creatures. But it’s also an epic adventure with many strong female characters added to the mix. This one is a winner for boys and girls.

Finally three verse novels: SHAKESPEARE BATS CLEAN-UP by Ron Koertge, and LOVE THAT DOG and HATE THAT CAT by Sharon Creech. These three books star great boy characters facing very real and poignant struggles that girls will relate to as strongly as boys.

My boy list included some books about sexual assault and exploitation that boys should read for an insight into this aspect of girl life. So if sexual assault and exploitation are particularly “girl” topics (about 90% of the victims are girls) then crime and incarceration are particularly “boy” topics (about 90-95% of incarcerated people are male). Ergo, girls might benefit from books offering an insight into this world. Here are a few suggestions:

There are two books called LOCKDOWN. One by Walter Dean Myers, is a realistic tale, and the other by Alexander Gordon Smith is part of a terrifying dystopian/sci fi series called ESCAPE FROM FURNACE. Will girls like these books? Who knows? They should read them though, for a little look at the fears that confront many young men.

For further reading, the Newbury winning HOLES by Louis Sachar is a lighter look at the same topic. BOOTCAMP by Todd Strasser is a very real and very terrifying exploration of private prisons for teens. WE WERE HERE by Matt De La Peña is a more psychological journey of someone consumed with guilt and TWISTED by Laurie Halse Anderson concerns the angst of the falsely accused.

One of the reasons we all evangelize about reading so much is because we all believe that reading affords an insight into people other than yourself – people whose lives, economic situation, physical or mental health, sexuality or culture might be different from what you know. So it’s important not to forget reading across the greatest divide – gender. Even though, at least when it comes to YA, the majority of readers might be girls, as writers we need not become complacent – writing only the things that we assume girls want and need to read.

In the end, books should be for everyone

2 thoughts on ““Boy Books” for Girls”