It’s November and that means it’s NANOWRIMO. Nanowrimo started as a challenge to write a whole novel (at least 50,000 words) in the month of November and has grown over the years to a large not-for profit organization that benefits students and other aspiring writers all over the world.

I participated in my first Nanowrimo in 2011 and “won” (wrote more than 50,000 words). That novel eventually, many drafts later, became ZERO REPEAT FOREVER which comes out from Simon & Schuster next year! YES! It can happen! To celebrate this happy event I’m going to feature as many published or soon-to-be-published Nanowrimo novels over the month o November. I’ll be highlighting both indie and traditionally published novels and looking at a variety of genres. So buckle up folks. It’s going to be a wild month! 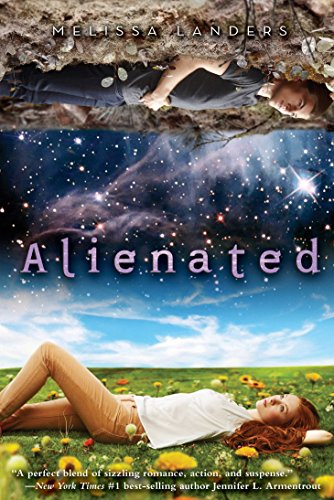 Here’s a little something about ALIENATED:

Two years ago, the aliens made contact. Now Cara Sweeney is going to be sharing a bathroom with one of them.

Handpicked to host the first-ever L’eihr exchange student, Cara thinks her future is set. Not only does she get a free ride to her dream college, she’ll have inside information about the mysterious L’eihrs that every journalist would kill for. Cara’s blog following is about to skyrocket.

Still, Cara isn’t sure what to think when she meets Aelyx. Humans and L’eihrs have nearly identical DNA, but cold, infuriatingly brilliant Aelyx couldn’t seem more alien. She’s certain about one thing, though: no human boy is this good-looking.

But when Cara’s classmates get swept up by anti-L’eihr paranoia, Midtown High School suddenly isn’t safe anymore. Threatening notes appear in Cara’s locker, and a police officer has to escort her and Aelyx to class.Cara finds support in the last person she expected. She realizes that Aelyx isn’t just her only friend; she’s fallen hard for him. But Aelyx has been hiding the truth about the purpose of his exchange, and its potentially deadly consequences. Soon Cara will be in for the fight of her life—not just for herself and the boy she loves, but for the future of her planet.

Melissa Landers is a former teacher who left the classroom to pursue other worlds. A proud sci-fi geek, she isn’t afraid to wear her Princess Leia costume in public—just ask her husband and three kids. She lives just outside Cincinnati in the town of Loveland, “Sweetheart of Ohio.”

Melissa has written a blog post for Nanowrimo writers to help them develop their novels. You can read it here.