For this week’s Marvelous Middle Grade Monday the obvious choice is C. S. Lewis’s Narnia Series. Of the series, the “first” book THE LION, THE WITCH AND THE WARDROBE is the one that first comes to mind to focus on as a standalone, and it IS a great book. But my favorite of the series is THE SILVER CHAIR. Here’s a brief summary: 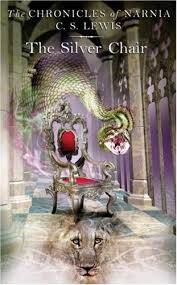 Eustace Scrubb and Jill—a girl whom he recently befriended—walk through a door and find themselves in Aslan’s country at the very edge of the world. Eustace returns to Narnia to find his friend, King Caspian X, as an old man haunted by the kidnapping of his only son and heir, Prince Rilian. He and Jill—along with the ever melancholic Puddleglum—are soon sent on a quest to find the stolen prince by following four simple Signs…

As an adult reader, I have some major problems with the Narnia series, not the least of which is the whole Christian thing. Some of the books in the series have a stronger sense than others of the Christian themes that Lewis intended. The end of DAWN TREADER is pretty overt, and there are parts of LION, WITCH too that I find a little strong. The final book, THE LAST BATTLE is all a bit much for me, especially the ending. I also find some of the books a bit muddled – there are too many people driving too many stories.

I never was a fan of THE HORSE AND HIS BOY and while I like THE MAGICIAN”S NEPHEW, it kind of seems like it’s from another series. PRINCE CASPIAN is just a weak book.

Ah, but THE SILVER CHAIR…sigh. My feeling is that this one is the most cleverly plotted and contained. It has the strongest protagonists, in the reformed Eustace and his classmate Jill, and it is the only one that has a very clear and strong “quest” as a premise. I love the signs that Aslan sets out for them, and the denouement is fantastic, as are Eustace’s and Jill’s personal journeys. It also has what I consider to be Lewis’s best suporting character (maybe in a close tie with Reepicheep), Puddleglum, the Marsh Wiggle.

I hope the movie franchise makes this one soon. It feels very cinematic and I think would adapt well to the screen. This book can also be read on its own, without much knowledge of the rest of the series.

It’s a shortish book, at 52436 words, and has a reading level of about grade five or six. 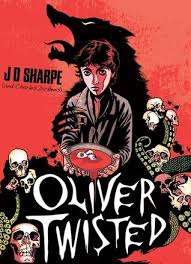 For this week I can’t wait to read I’m going to go with OLIVER TWISTED by J.D. Sharpe and Charles Dickens. This is another one awaiting a US release, and I’m not even sure if it would be considered suitable for middle grade readers. I’m not a huge fan of the recent fashion for classic mash-ups, but this one seems like “why didn’t I think of that” fun.

For other Marvelous Middle Grade Monday posts check out these blogs: